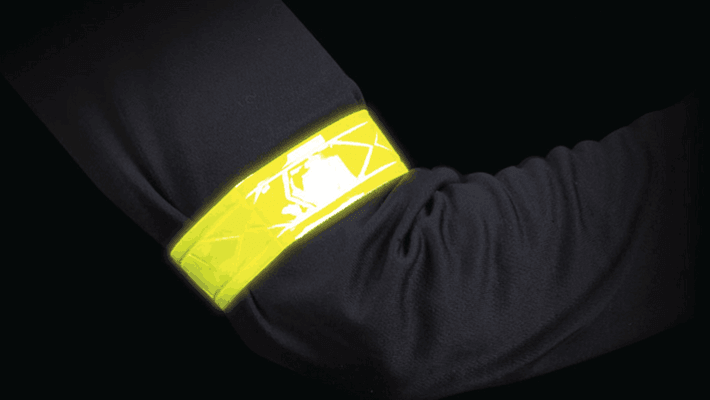 It is now official: bikers will not have to wear the retro-reflective armband. A publication in the official journal puts an end to a year of struggle against an absurd decree. It says: “Decree of 18 December 2012 repealing the decree of 3 January 2012 on retro reflective equipment worn by all drivers or passengers d ‘a motorcycle with a cylinder capacity exceeding 125 cc or a vehicle of category L5e with a power exceeding 15 kW. ”

Remember, a year ago today, Jean-Luc, then an interdepartmental delegate for road safety, has issued a decree to force the wearing of a retro-reflective device of 150 cm2 for every driver of two- motorized wheels greater than 125 cm3. A decision that is followed many quibbles created by the government of the time. What was a reflective vest became a cuff.

Following the 2012 presidential election, and the appointment of a new interior minister, Manuel Valla, the tone has changed. At a press conference held on November 27, 2012, he announced the suspension of the “decree armband” after the first meeting of the Inter-ministerial Committee for Road Safety. A victory for the French Federation of Angry Motorcyclists is who has never ceased to fight against this decree full of nonsense. On 24 and 25 March 2012, for example, thousands of bikers had responded to the call of the FFMC throughout France: in Paris in particular, nearly 15,000 people parade through the streets.

The armband in the trash, other measures will come. The meetings of the new CNSR, which will start this New Year, will be very interested in two-wheelers. At the November 27 conference, Manuel Valla explained: “PTW drivers, especially motorcyclists, will receive the greatest attention because they use a mode of travel that makes them particularly vulnerable: motorcyclists represent in 2011, 23% of motor vehicle users killed on the road.” I hope that future steps will be taken with a little more discernment than for the armband with reflective material.