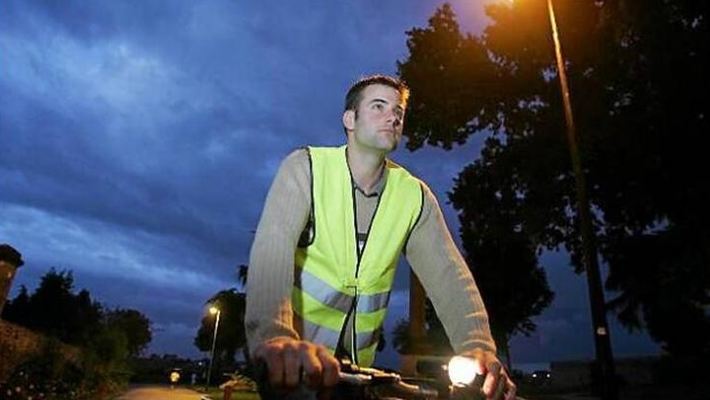 Motorists were warned, cyclists less. However, they too will have to wear a retro-reflective vest. The Council of State has just approved this measure, which will come into effect on 1 October. Out of town, at night or if visibility is insufficient, two-wheelers will have to wear the yellow or orange chasuble. “The majority of accidents occur when visibility is low,” says Cecile Petit, Interdepartmental Delegate for Road Safety. 20% of cyclists are killed or injured at night, at dawn or dusk. ”

The law already requires cyclists to equip their vehicles with lights at the front and rear, reflectors on their sides and pedals. “It’s not enough,” says Cecile Petit. The Cubic, Federation of Bicycle Users, confirms. However, according to its president, Christophe Raved, “the problem comes from bike manufacturers who do not put lights of good quality; they should be forced to more requirements.”

If the cyclist is in default of safety vest, he will be fined 35 Euros. In addition, if he is involved in an accident without a chasuble, how will the insurance react? “The Baiter law of 1985 protects them, no matter the circumstances,” says the French federation of insurance companies. This provision makes compensation for the victims of an accident, in the presence of a car, automatic for personal injury.

At a time when the bike is becoming more and more followers, the Cubic regrets nevertheless this measure: “The wearing of the vest is an unnecessary brake to the development of the bike. “ The road safety delegate believes, for its part, that” the state must protect road users, and the constraint is minimal “.