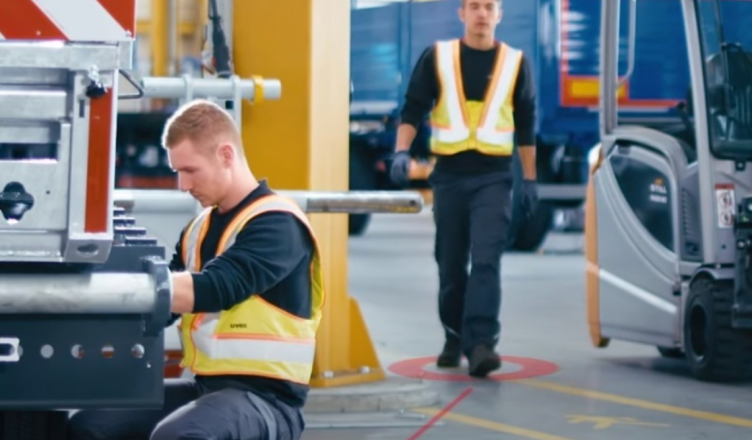 Elements sound, vibrate and turn on warning lights when one vest is close to another.

Schwarzmüller, an Austrian manufacturer of cargo vehicles, has become the first company in Europe to wear novel protective safety vests that warn of an unwanted approach between two people wearing it to maintain the minimum separation imposed by the coronavirus in work environments.

The protective vest sounds and vibrates, while the lights on the shoulder straps and waist turn on when you are going to exceed the safety distance with another person.

In this way, the system guarantees the social distance between workers, required to control the pandemic, also in assembly lines and other industrial facilities.

The company’s spokesman, Michael Prock, said in telephone statements to Efe that by acquiring this personalized system, “the responsibility of guaranteeing the health of the workers” is assumed.

“We also avoid possible and costly interruptions to our production lines in the event of a positive, which would force us to place numerous workers in quarantine,” he adds.

The traditional company, with 140 years of history, has acquired dozens of these vests, developed by the German company Linde Material Handling, and whose price is 499 euros per unit. The vests weigh about 300 grams and their battery holds up to a full work shift of about eight hours.

Peter Markschläger, the spokesman for Linde Austria, explains that this technology comes from a system applied in transport vehicles in logistics centers or in large construction sites, which serves to avoid collisions, by warning both the driver and the pedestrian that they are approaching. each other.

According to Markschläger, the vests can be used “in any area where many people work, as people usually have trouble estimating the necessary distance well.”