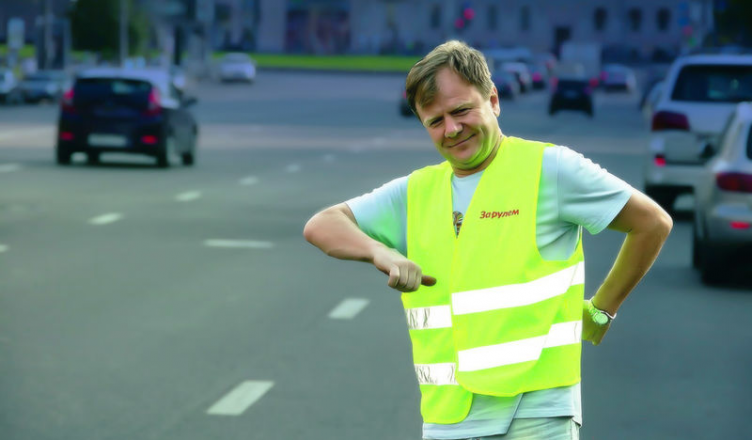 They’re concerning stats, and it’s up to all of us to ensure we’re as visible as possible (and therefore as safe as possible) while riding on the road. But how do we do that? Is it simply a case of wearing brighter clothing? And what about when it comes to riding at night?

Every cyclist has a story to tell of the time a driver didn’t see them, leading to a scary near-miss or worse, a crash. And if you’ve been riding for any length of time, you’ve probably been involved in several such incidents yourself.

This experience isn’t just borne out anecdotally — research suggests that the majority of crashes involving a cyclist and motor vehicle are a case of “looked but failed to see”. That is, incidents where the driver might well have been looking in the direction of the cyclist, but failed to recognize that what they were seeing was a cyclist. There’s a reason SMIDSY – “Sorry mate, I didn’t see you” – has become such a familiar acronym among cyclists.

Several factors can make a cyclist hard to spot, including ‘visual clutter’ on or beside the roadway, the light conditions at the time, and, crucially, the conspicuity of the rider.

There have been many studies in recent decades investigating how “visibility aids” affect the ease with which drivers can spot cyclists on the road. In a 2009 literature review, nine papers were found that compared the visibility of fluorescent and non-fluorescent colors. All but one of those nine trials found that fluorescent colors were more visible to drivers. Fluorescent clothing in red, yellow, and orange — colors that contrast significantly with the riding environment — was found to be most effective1.

Another paper, published in 2007 by researchers in New Zealand, compared the number of times cyclists spent off work as a result of crashes involving a motor vehicle. They found that riders who never wore fluorescent cycling kit spent eight times as much time away from work as riders who always wore such clothing.

Studies like these seem to point in a clear direction: riders who wear fluorescent cycling gear aren’t just more visible to drivers, they’re also less likely to be hit and injured.

But this is only part of the story because such findings are only relevant when considering riding in daylight.

Whether it’s commuting to and from work in the winter months or heading out for a pre-dawn bunch ride, most of us do at least some of our riding in the dark. And as you might expect (or may have witnessed first-hand) riding at night is more dangerous than during the day. Some 35% of all fatal cycling crashes happen at night, despite the fact, only about 10% of cyclists ride after dark.

While fluorescent clothing is effective at increasing rider visibility during the day, it’s largely useless at night.

During the day, fluorescent clothing takes ultraviolet (UV) light from the sunlight we can’t see — and converts it into the light we can see. The result is an increase in the total amount of visible light that’s reflected off the clothing, giving fluo clothing a brighter appearance. This is particularly the case in low-light conditions, around dawn and dusk.

At night, there’s no UV sunlight to convert, so the fluorescent material isn’t effective. And so for cyclists to be as visible as possible in the dark, reflective, rather than fluorescent clothing, is required.

It’s intuitively obvious that reflective clothing with reflective fabric makes us more visible in low-light conditions. Rather than being absorbed by our clothing, light from car headlights and streetlights is reflected nearby drivers, making us more visible than we otherwise would have been.

Jackets with reflective paneling are the most common piece of reflective gear used by cyclists but, perhaps surprisingly, they don’t seem to be the most effective.

In the late 2000s and early 2010s, Professor Joanne Wood from the Queensland University of Technology leads a team of researchers focused on cyclist visibility and the benefits of reflective clothing. In a study published in 2010, Wood and her team tested the night-time visibility of a range of different clothing setups used by cyclists:

The results are striking: “Overall, drivers identified the largest number of cyclists wearing the vest plus the ankle and knee reflectors (90% correctly recognized), followed by the reflective vest alone (50%), the fluorescent clothing (15%), and lastly black clothing (2%).”

These results mirror research findings on the visibility of pedestrians at night and can be explained by a concept known as biological motion— that is, “our visual sensitivity to patterns of human motion”.

A reflective jacket, while more effective than simple black clothing, limits reflective material to the rider’s torso which, according to Professor Wood and her colleagues “presents much less motion information to approaching drivers”.

Reflective strips on the knees and ankles, on the other hand, move up and down as the cyclist moves, helping drivers to better recognize the object in front of them as a moving cyclist, as opposed to a simple light source3.

But as we know, road cyclists can be a fickle, fashion-conscious bunch.

Researchers have long shown that cyclists know the benefits of reflective clothing but choose not to wear it. This might not be surprising when considering the fashion- and performance-conscious road riding scene.

Reflective clothing has traditionally lacked the aesthetic appeal and performance of other, more stylish kit options, while also being associated with casual or commuter riding. But now, with major kit brands getting on board, reflective gear is being designed for the performance market.

Sugoi, Proviz, Hey Reflect’o and Specialized are among brands to have developed reflective jackets that stand out impressively when lit up by car headlights and other artificial light sources. And then there are the products that harness the power of biomotion to further increase rider visibility.

Giro has developed impressively reflective cycling shoes, Castelli and Sugoi are among those to have made reflective overshoes, and the likes of Pactimo and Proviz have made winter tights with large reflective panels below the knee.