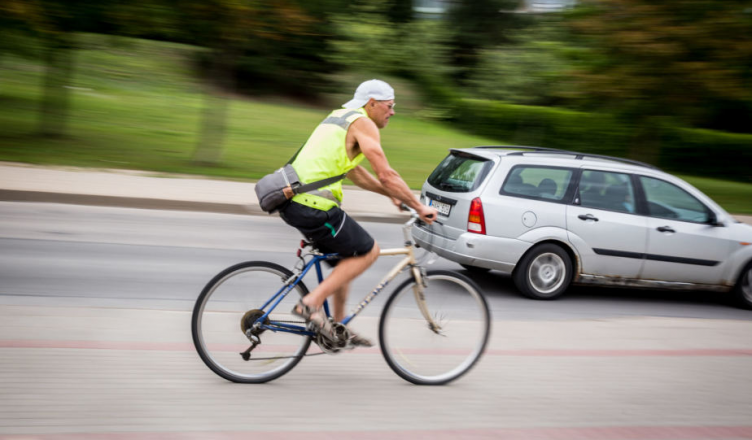 On Wednesday, the government did not support the proposal of the group of Seimas members to waive the requirement for cyclists to wear a brightly colored vest with light-reflecting elements or to have a white light on the front and a red light on the rear when turning on during daylight hours. It is also proposed that in non-settlements, this requirement be limited to the carriageway, except cycle paths, footpaths, and cycle paths. The obligation to wear brightly colored vests has been introduced since 2014. July 1 On Wednesday, the government rejected a bill to amend section 17 of the Road Traffic Safety Act. The group that drafted the amendments to the law based on the petition of Marijus Kupčinskas states that the current procedure is not based on scientific information and specific data. Police officers in many counties also do not collect specific information about cyclists involved in traffic accidents with or without vests.

It is important to mention that according to the Road Traffic Regulations (KET), it is not mandatory to wear reflective vests or ride with the lights on during daylight hours when cycling or paving during the day. According to the Law on Road Traffic Safety (SEAKĮ), bicycle paths and lanes are also included in the carriageway. There is a contradiction. The cyclist must wear a brightly colored vest with reflective elements or white light at the front and a red light at the rear. The proposal is not based on any data. no objective data, research or studies. demonstrating that the existing requirements for cyclists are redundant and that the waiving of these requirements will not have a negative impact on road safety, making the proposal unacceptable from a road safety point of view.

“The measures provided by the law to improve the visibility of cyclists are inexpensive and easily accessible, and their effectiveness is based on research,” the government resolution said. It is also considered that the proposal to abandon measures to improve the visibility of cyclists during daylight hours is not in line with the vision of the European Union institutions to ensure road safety for the most vulnerable road users. Is popularization more important than security? In road and traffic safety legislation, the carriageway is considered to be an integral part of the road as a roadside, sidewalk, pedestrian and bicycle paths, etc. It is believed that it is unacceptable to increase the popularity of cycling by waiving traffic safety requirements and endangering the lives or health of road users. And the non-use of traffic safety measures during daylight hours can endanger traffic safety, affect the creation of a dangerous situation due to insufficient visibility of cyclists. The amendments are planned to be considered further in the Seimas in December.