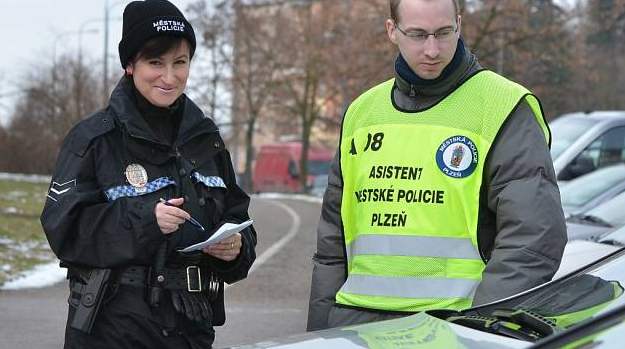 They have reflective vests, walk through the streets alongside police officers and control cars or supervise the safety of children at school crossings. We are talking about city police assistants who have passed their first week in the streets of Pilsen.

Meanwhile fifteen of them move around the city, in April there will be five more. “They monitor the situation in the city, supervise safety in general, focus on parking, supervise dogs or public order,” summarizes the activity of young people, City Police spokeswoman Jana Pužmanová. stopping vehicles as well as self-defense, as they will move in the streets on their own from March without their more experienced uniforms.

“If they encounter a problem in the city, they contact the operations department and send a patrol. The assistants only monitor the situation, and the municipal police officer can, of course, ask for help in urgent cases. They are more qualified to do this than an ordinary citizen who is not trained like them, “the spokesperson explains.

Within the project of professional practice for young people up to 30 years of age, the districts were attended by graduates of mostly secondary schools with a security law specialization. After spending one year as assistants in the streets, they can apply for work with the municipal police. Before that, however, they have to travel around the districts to try out different activities. “Each district has its specificity and that is why they will take turns in the offices in Pilsen,” concludes Pužmanová.

Martin Matula: I enjoy working as an assistant

He is twenty-four and has completed his first week as an assistant to the Municipal Police in Pilsen. Martin Matula was so impressed with the work that he was considering becoming a guard in the future. How is your working day?

In the morning before seven o’clock, I come to the office, then I go with officers, they show me problematic or safe places and locations where there are more people.

What are you doing in those places?

It’s about prevention. People see a policeman, see a reflective vest, they can feel safer. For example, we are standing in front of the school, supervising crossings when children go to school or, on the contrary, leave.

And do you enjoy it?

I have been a Pilsner man all my life, knowing Pilsen in a way I have never experienced before, and at the same time, it is a decent job because I help. That’s what I enjoy. What’s more, it’s a different job, something different happens every day, and it’s never the same.

Are you considering joining the municipal police then?

I have completed a month of training within the project and I have been in Pilsen streets for less than a week, which is not long. In the meantime, I can say that I would like to join the municipal police after the project.

What did you find most interesting about your work over the past week?

The most grateful is the service at schools, I see that we help children and nothing happens to them. It is the balance of the repressive component that is also with the municipal police.

Speaking of the repressive component, what activity did you do in this area?

We check to park occasionally, I was present with the citizen. And that is also the content of the project, as well as the work of the officer. He has to deal with people.