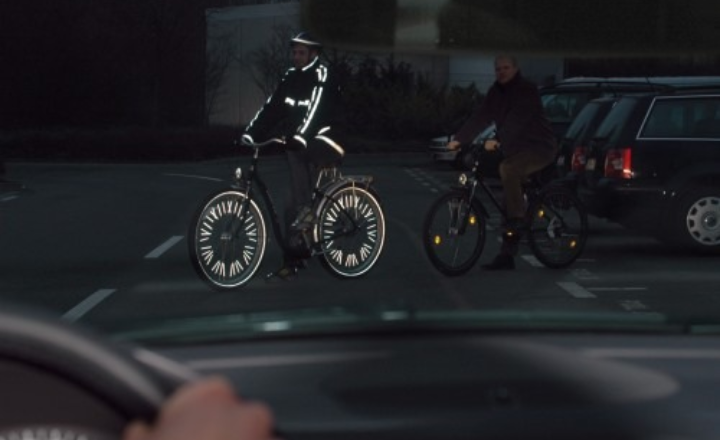 Cyclists are among pedestrians among the weakest road users. Right now, in the dark season, the risk of not being seen by motorized road users increases significantly. This leads to accidents that often end in severe or even fatal injuries.

The police in the district of Minden-Lübbecke are currently mainly concerned with cyclists, as the number of people who have been injured this year is rising. In 2017, civil servants registered 233 persons in the district, and by the end of October this year, 286 cyclists had already died. Due to the poor visibility at dusk, darkness, rain or fog, law enforcement officers fear further growth for the coming months.

Confirmed in the police see themselves at their bike controls. For example, the emergency services of the transport service as well as the officers of the Strip and District Service are constantly coming across cyclists who are traveling in the dark without light or reflective clothing.

“Everyone can do something to be seen better,” says Ullrich Havemeyer, head of the transport service at the local district police department. “With minimal effort, you can ensure maximum safety.” Therefore, Hovemeyer advises to a good lighting system, to reflective materials on the bike and the body and wearing a safety vest. Parents, according to the official, should repeatedly check the wheels of their children during this time for the necessary road safety and not leave the offspring without glowing clothing out of the house.

What is true for cyclists, pedestrians should always heed. The precondition for road safety is visibility, police say.