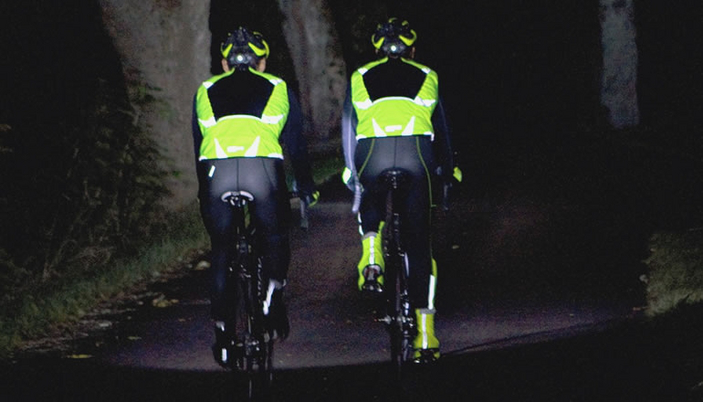 A reflective vest or a pendant attached to a purse or backpack can save lives. Police statistics are alarming: “almost 50% of pedestrians who are involved in accidents lose their lives in them. Only last year in our region there were 935 accidents involving pedestrians. 83 people were killed. Wearing reflectors with reflective tapes, especially in the autumn and winter, due to deteriorating weather conditions, early dusk, is of great importance for pedestrian safety,” says Bogusław Sobota from the Road Traffic Department of the Municipal Police Headquarters in Bytom.

Waldemar Gawron, deputy mayor of Bytom, also took the floor. “lighting for pedestrian crossings or reconstruction of dangerous intersections. This is a very important campaign because it is related to the security of the inhabitants of Bytom. On the part of the city authorities, I declare support for this kind of initiatives, as well as appeal to pedestrians and drivers for common sense, because he often decides about our lives,” says Vice President Waldemar Gawron.

Since the goal of the campaign was to encourage pedestrians of different ages to use reflective elements, not only after dark outside the built-up area but also in built-up areas, Eugeniusz Tomala from the Provincial Road Traffic Center in Katowice also presented his point of view.

“Taking care of safety is one of our statutory tasks, which is why we direct our activities to the youngest participants of the movement. Preschoolers are already learning the rules of safe movement and first aid at the Bytom Security Academy, one of two such institutions operating in Silesia,” says Eugeniusz Tomala, who has also been an expert witness for over 30 years. “I studied dozens of road accidents, where reflections often saved lives. The best solution would be to wear reflective vests after dark, but every smallest reflection will increase our safety,” adds Tomala.

After the meeting at one of the pedestrian crossings, a happening was organized during which officers distributed reflective gadgets to children and explained the rules of safe crossing the streets. It is worth mentioning that the idea of ​​the Reflective Day originates from Norway, where it is organized every year.