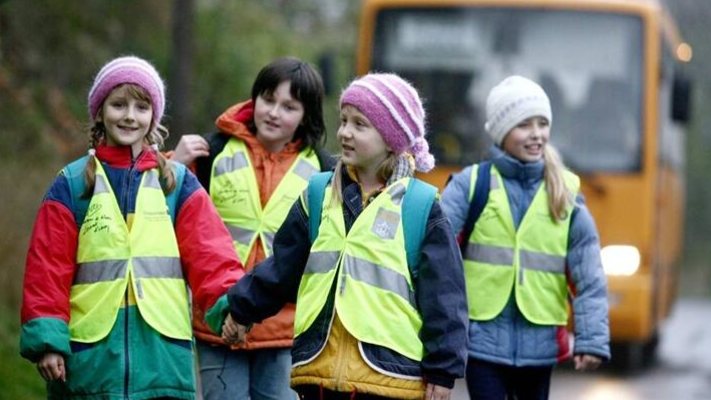 Reflective vest must be worn by pedestrians who, after dark, walk outside the built up area. Since September pedestrian reflectors will be mandatory.

The tragedy was not much. Mrs. Alicia from Lodz drove with her husband to go to the countryside. It was dark; the road was winding and narrow.

“We were hitchhiking; the car had no superhuman lights. It was a communal road, accessible to the village. There was no lighthouse here, “says the boatman.”I was tired already, but we were almost at the end. Suddenly, about 30 meters ahead of me, I saw a group of people. They were in the middle of the road, they had no glare, they were all black. I had no chance to see them before. The road was winding and I noticed these people only when I left the next turn.

Fortunately, Alicia managed to slow down.

“They were also frightened, some of them fled to the side of the road. This would not be the case if these people were better exposed. That is why it is very good that the rules will change, and everyone – both children and adults – will have to wear reflective, “says Alicia.

The new regulations come into force on August 31st. With the new school year, any pedestrian who, after dark, will go outside the built-up area must wear reflective elements.

– Reflections must be placed in visible places on the clothes – emphasizes the young aspirant Marianna from the traffic department of the Police Municipal Headquarters in Lodz. “Everyone, regardless of age, will be obliged to wear them.

There are places outside the built-up area, where there is a pedestrian walkway or a pavement, except for younger aspirant Borates.

The police are advised to stock up with reflective vests.

“Then the pedestrians are best seen and thus the safest,” says Boating’s younger aspirant. In addition to vests we also recommend reflective arm bands. As for other elements, the emblems that can be placed on the chest are also good.

The Lodz police officer points out that thanks to the glare, the driver will have a better chance of seeing the pedestrian on an unlit road and thus preventing tragedy.

– The color of the clothes is also important. If pedestrians at night are dressed in black and have no glare, it is really hard to spot them,” says Boating’s younger aspirant.

At first the police will not be punished by mandates. Officials intend to instruct and advise. Policemen do not want to scare the mandates, but to convince the use of reflective to save lives.

Reflections tape can be bought for just a few zlotys.

Police statistics show that more than 70 percent of pedestrian accidents on undeveloped roads occur at night. Last year in the whole country 1,140 pedestrians were killed in road accidents. This is one third of all fatalities on Polish roads.

Poland is the country with the highest number of killed pedestrians in the European Union. Every fifth killed in Europe is a Pole.