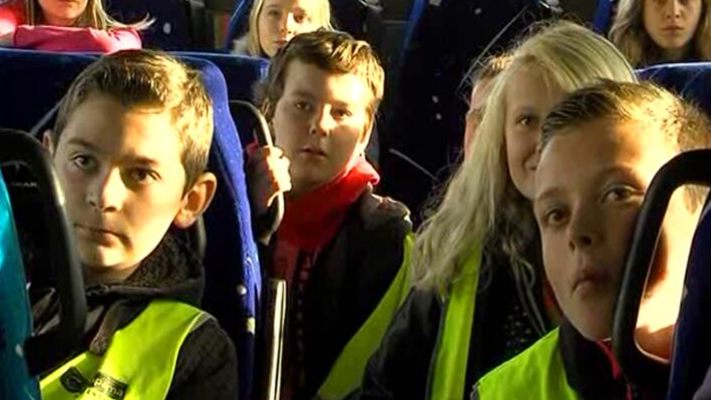 27,000 pupils use school transport managed by the General Council of the Channel. The Department organizes prevention operations and innovates this year by requiring the wearing of the yellow vest.

Last January, the General Council of La Mancha addressed a letter to the parents of students of the department. Now all Manichean students were forced to wear a yellow vest that worn by motorists when they are forced to stop their vehicle on the road. This reflective jacket must be brought home to the school. To ensure that this precaution is applied, the Department has distributed 27,000 yellow vests users of school transport.

And do not account compromise on this rule as a range of sanctions provided in case of non-compliance. “The first thing is a letter explaining to parents that the child has not put his reflective vest and asking them to be vigilantes ” said Patrice Auger, head of security in school transport to the General Council of the Channel ” If it ever happens again, unfortunately, it would be the suspension of a day or two of school bus and the last option is the complete removal of the school bus.”

The General Council, which does not want to get there, regularly organizes awareness campaigns among students. One of our teams has attended one of them in Dicey.

– Patrice Auger, head of security in school transport to the General Council of La Mancha

– Colette Guerra, a volunteer with the Road Safety