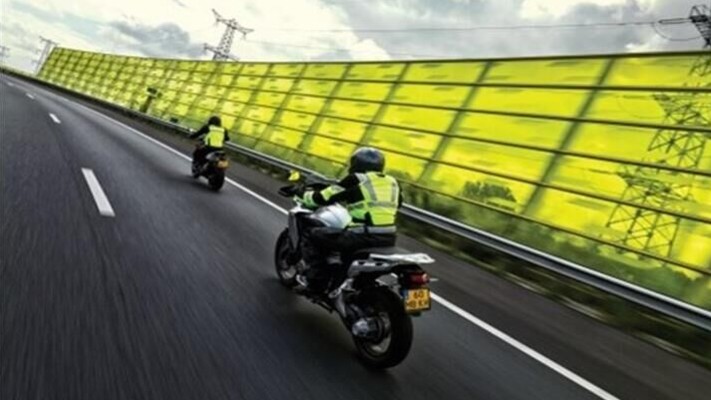 The Yellow Jersey from the bicycle to the bike … In France it has become mandatory to bring a high visibility vest. Moving like a scooter.  From January French bikers, and foreigners arriving in France on board a motorcycle , a scooter , a three-wheel of a quad, must have a high visibility vest to wear in case of emergency stop .

The decree establishes the 2015-514. No matter that the vest is yellow or orange (or virtually any other color), but must meet the requirements of the standards (UNI) EN-471 or EN-1150, which are also the codes listed in the labels identifying sewn on safety vest. They are the same as required in the delivery of drivers, also in France, since 2008.

So if you have jackets with these requirements, many brands of technical clothing motorcycle have our catalog garments with these certified fabrics, fine. Otherwise, remember to bring in your backpack or bike or scooter, one of these approved vests. Initially the project envisaged a fine of 135 Euros, the same applied to motorists, but then it was reduced to 11, although it remained the maximum limit of 135 €, at the discretion of the police. This amount would apply only in the event of a generic stop at the roadside, but after an emergency stop or a repair carried out on the roadway in a dangerous position.

It ‘just that the high visibility vest, or technical jacket with the same approval EN 1150 and EN 471, to be worn by the driver and not the passenger , which of course will have to move away from the road to get to a safer location.

In case of poor visibility it is not compulsory to wear the reflective vest during normal vehicle operation, as has instead become mandatory for example for cyclists, but nothing prevents you from wearing it.