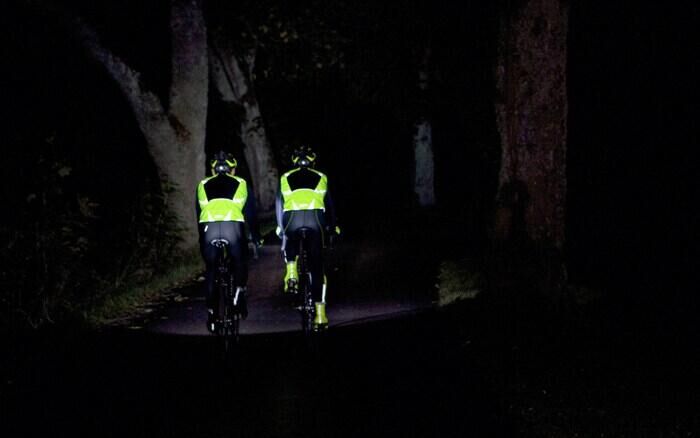 Since September 1 every pedestrian walking after dark outside built-up areas will have to be wearing reflective clothing or armband. According to statistics, in Poland on dark roads are killed each year about 1,000 pedestrians and cyclists. Since 1 September, all moving after dark on the road in rural roads will have to be visible reflective elements. Although Chamberlain of opinion. Janusz Dwulit from Slupsk traffic police provision should be extended to these areas unlit well built, because many municipalities cannot afford to pavements and lighting of the village through the night.

– Since the beginning of next month we will, however, keep a look out for pedestrians walking on the road out of town. At the beginning of these probably we will instruct undisciplined, but then we punish fines – says the deputy head of the department of traffic Slupsk command. What the mandates? The new provision about having to wear glare is not yet included in the scheme. Until that happens, we will expose seats on a general basis, from 50 to 100 gold – adds Chamberlain of Dwulit. However, not by the amount of seats here it comes, but about pedestrian safety. Many people notes that in the mentality of pedestrians and cyclists, especially those adults, there is no need to wear reflectors.

It is fatal fashion black. People rarely ask for a reflective vest. How do I order the yellow or red panniers on the bike, it lie for months, and customers ask about dark – says Nicholas. The reflective education planned to take care of local authorities.

At a meeting in the town hall a voice in this matter they took office representatives, municipal police and neighboring municipalities, police, organizations for the disabled and elderly. They talked about statistics. And yet on words is over, because the association Arabesque, which initiated the action, not granted ministerial money. In contrast, in rural communities, and where the risk of an accident on the unlit road is much greater. – We were, after all the tragic situations. Near a many-headed on an unlit road village leader was killed, and at a meeting of the national six at Old Dabrowa they have lost auto biker. Fortunately, there have managed to fight the construction of safe descents – reminds Paul Lewandowski from the commune office in Damnica. – We have a year ago with the “Voice of Pomerania” done a campaign to inform children about safety on the road. Within the framework of all First Formers got a safety vest and comic booklet. Elders urge to wear reflectors, distributing them at festivals and harvest festivals. And we work with priests to speak from the pulpit about road safety.