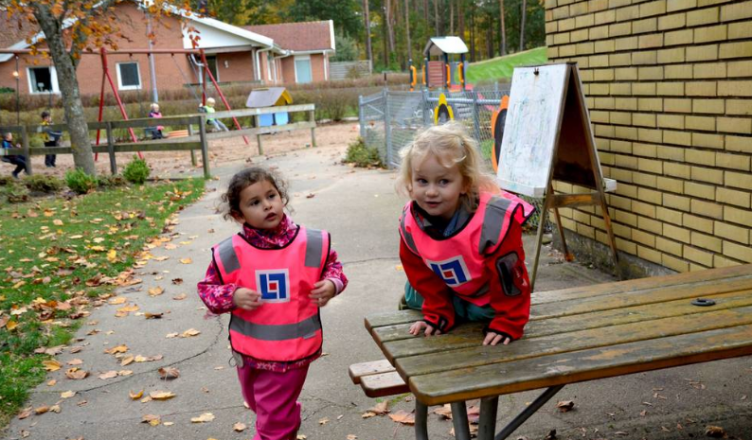 The days are getting shorter and more and more people are moving outdoors and in traffic as the darkness sets. Then it is important to think about being visible.

“The most common mistake is overestimating your visibility and pretending to be visible,” says Camilla Samuelsson, intervention police in the Ängelholm local police area.

The reflex can be cheap insurance and Camilla Samuelsson believes in seeing more and more wearing reflective vests.

“I imagine that those who are used to being out and going at these times have different thinking. But on the whole, you are probably poor at taking on, perhaps especially in urban environments where it is illuminated and you think that the lighting helps one to be seen,” says Camilla.

Among the teenagers, Camilla is sometimes told that it is foolish to wear a reflective vest. Just as it is wasteful to use a bicycle helmet. To pop up the reflex by designing reflective jackets, for example, she thinks can be important for getting a certain target group to start using reflexes and realize risks.

“If you as a parent do not have reflex, the children do not have it either. It is also very important how we affect each other,” says Camilla.

Angelin Guy and Tuva Vidal at the handing over of reflective vests at Junibacken’s preschool.

At Junibacken’s preschool, educators believe that the influence can be made in other ways and that the children bring the behavior home to the parents. Länsförsäkringar works with sustainability and wants to help create a safe everyday life. That is why the office in Ängelholm has decided to distribute reflective vests to preschools.

“To target, the child was a choice we made, it should start on time. It is a good target group that can affect parents,” says Ingvar Johansson.

The preschool Junibacken has received reflexes, but more preschools have the opportunity to get vests. It is, first of all, says Ingvar Johansson.

“That’s really good. We are sometimes bad at using reflective vests but this is going to be a kick in the end,” says Lisa Karstorp, an educator at the Junibacken preschool.

Do you ever talk about the importance of reflexes?

“If we see that one of the children has reflections on the clothes, we point it out and talk about why it is important,” says Lisa Karstorp.

Police Camilla Samuelsson has no evidence that the number of accidents will increase in the fall. She believes that there are different risks for each season.

What to think about if you should go out and walk in the dark?

“Having reflex. If you do not want a large vest then you should set the reflections low for the motorist often have their eyes directed low. A hanging reflex can also be good, then it is something that moves and catches the attention. Don’t take for granted that the motorist sees you, even if you have reflexes, there are many unsafe drivers in traffic, so pay attention,” says Camilla.

If you go out on a bike, other regulations apply. As long as the bike is guided, the rules apply to pedestrians. But as soon as you jump up on the bike, it counts as a vehicle.

Then the traffic rules apply, such as stopping at red lights and showing the direction of travel. You should keep to the right and you must not cycle on the pavement.

Failure to meet the requirements for which lighting and reflectors a bike should be equipped with can be costly. If any of the lamps/reflectors are missing or they are out of order, it costs 500 SEK. Should it simply be that the lamp is not switched on it also costs 500 SEK? The police currently have no pronounced response to bicycle users. In the past, the Police have informed the public about the rules that apply and then go out and make an effort in reality.

Then we have been working out in the evening and actually fined. Our ambition is to release us once in the fall, then to what extent depends on the prevailing situation all around. Then checks are made more or less on occasions when we have radio cars driving outside and you discover these misbehaviors.