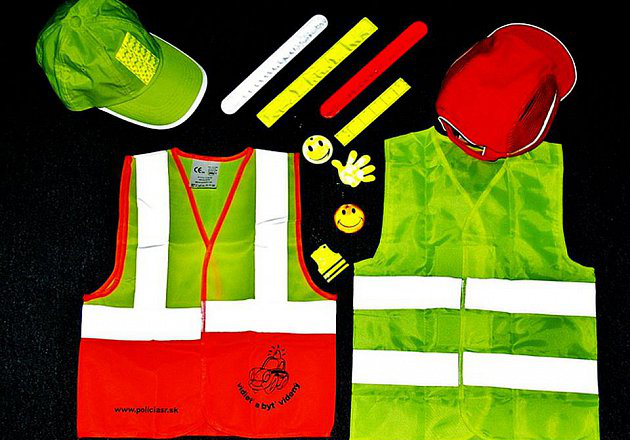 Pedestrian and cycling safety advocates are speaking out after Toronto police officers handed out reflective armbands to seniors at an event aimed at raising awareness about pedestrian safety.

Officers who attended the event, which was held at Woodside Square mall in Scarborough on Saturday, offered up safety tips to pedestrians and handed out reflective armbands to elderly residents.

The move sparked an outcry from pedestrian safety advocates, including Friends and Families for Safe Streets spokesperson Jessica Spieker.

“The reason that no road safety advocate likes this approach is that all of the evidence tells us it simply won’t work,” Spieker told CP24 on Monday.

“It is a waste of money, time, energy, and other resources to be essentially trampling the Charter rights of seniors because we all have a Charter right to freedom of personal expression and that includes our clothing choices.”

Coun. Mike Layton also weighed in on the controversy at the city hall on Monday, noting that he does not think it is reasonable to expect people to wear reflective armbands to protect themselves.

“I don’t know what they do in other parts of the world and whether or not this is something that works. All I do know is I don’t think we can expect everyone to wear an armband just to try to feel safe,” he said.

Ward 6 Coun. James Pasternak took to Twitter on Monday to voice his support for reflective clothing with reflective fabric .

“Wearing high visibility clothing or reflective gear is a key part of keeping everyone safe, including pedestrians, construction workers, cyclists, police officers, and crossing guards,” he wrote in a tweet.

Spieker said that there have been no studies to suggest that wearing reflective gear is a good way to prevent pedestrian deaths.

“There is no evidence that it works. Any study that has looked at high (visibility clothing) on vulnerable road users doesn’t find much of an impact. One study found it made things worse. So we know this isn’t going to have an impact and yet were focusing on it anyway,” she said.

She said improving the design of infrastructure is the main way to reduce collisions involving pedestrians and cyclists.

“Our current road design induces drivers to speed. We have these wide, straight lines. It looks a lot like Highway 401 so people tend to drive that way… predictably blowing red lines, making inattentive turns, they strike pedestrians who have the right of way,” she said.

“We lose one vulnerable road user per week roughly… This is not a trivial issue and this is not something that we should be delaying and playing games around.”

Spieker noted that the city could improve road safety by adding things like protective barriers.

“These are not expensive. They are not difficult to do,” she said. “There is no reason to not just aggressively pursue what we know will work.”