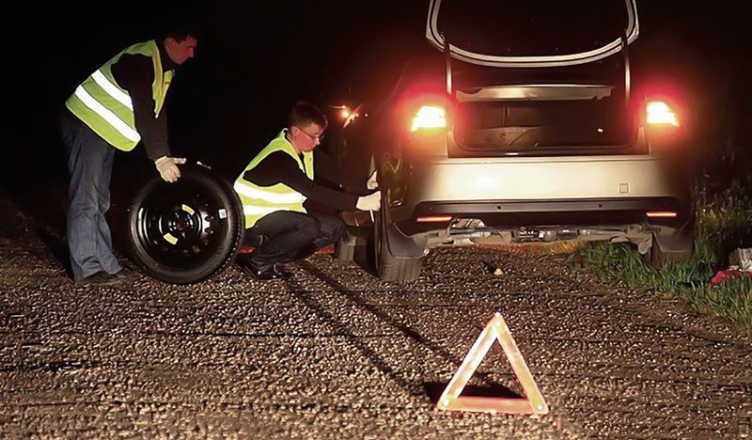 The transport department will launch a drive across Ranchi district next week to enforce the use of retro-reflective tape (RRT) in all types of cars, buses, trucks, and three-wheelers as per Central Motor Vehicle Rules-1980 to cut down on accidents at night.

Ranchi: The transport department will launch a drive across Ranchi district next week to enforce the use of retro-reflective tape (RRT) in all types of cars, buses, trucks, and three-wheelers as per Central Motor Vehicle Rules-1980 to cut down on accidents at night.

Ranchi district transport officer Naresh Paswan, who revealed that they would be launching the drive in conjunction with traffic police, said the decision was based on a fresh directive issued to states, including Jharkhand, by a Supreme Court committee on road safety.

“In Ranchi, the transport department doesn’t issue fitness certificates to vehicles without reflective tape and speed governors. But a periodic check and awareness drive is always advisable to find out whether it is been followed or not on the ground,” he said.

An official explained the need for RRT on vehicles.

“RRT is a tape of high reflective quality. The tape shines even in dim light so that a driver notices a vehicle ahead. The tape has adhesive on one side and can be procured from any automobile shop and pasted on vehicles easily,” he said, adding that while most buses used RRT, other vehicles like cars did not, primarily due to lack of awareness.

He said vehicles must have white tape on the front fender, red on the rear and yellow on both sides of the car.

A meeting of Ranchi traffic police and district transport department officials is likely to be held next week. Ranchi traffic SP Sanjay Ranjan Singh said they had already worked out a plan to launch the drive.

Singh said that RRT was a safety requirement. “Even when a vehicle is stationary, RRT provides safety. People park vehicles on the roadside at night without the backlights blinking. There have been instances when stationary vehicles have been hit on highways. Section 104 of Central Motor Vehicle Act talks about the need for RRT, “he SP said.

While Ranchi district administration is gearing up to launch the drive, Palamau administration began an awareness drive on Friday by publishing a notice in local dailies. The administration has directed all vehicle owners to ensure compliance at the earliest. It has also announced a crackdown.