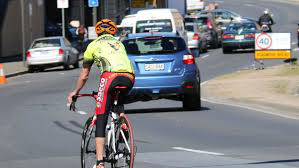 The National Police Agency has announced the outline of the National Traffic Safety Movement in the fall of the first year of the Ordinance.

The autumn national traffic safety campaign will be held for 10 days from September 21 to 30. National key points are “ensuring safe traffic for children and the elderly,” “preventing traffic accidents for elderly drivers,” “preventing traffic accidents while walking and riding bicycles at dusk and night,” and “seat belts for all seats.” Advocating for the proper wearing of child seats and the eradication of drunk driving.

Normally, the number of elderly pedestrian deaths in October-December is more than 30% higher than in January-March, and the number of deaths during crossings and twilight hours is increasing. The percentage of accidents other than crosswalks is high, of which about 70% of pedestrians violate the law. Also, the number of elderly bicycle passengers in October-December is over 40% higher than in January-March. The increase in twilight hours is remarkable, and more than 80% of bicycle riders violate the law. Based on these features, we will strengthen guidance and enforcement during the exercise period.

The police’s priority efforts are to promote traffic safety education for the elderly using a walking simulator and monitoring activities for infants and children around the community. Promote measures to prevent traffic accidents for older drivers, such as raising awareness of safe driving support vehicles. Early lighting, promotion of wearing reflective vests with reflective materials, and pedestrian priority in pedestrian crossings and pedestrian crossings. During the exercise period, each prefecture sets a date for strengthening measures. Promote public awareness activities in conjunction with traffic guidance control.