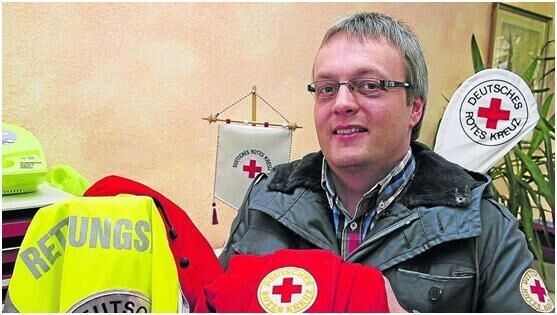 Starting this year, the forces of the DRC are now fully equipped with new turnout gear. Due to increased security requirements and extended application focuses the already very strained turnout gear the assets had to be replaced.

The new turnout gear now has a fluorescent paint, more reflective surface, weather-resistant and flame retardant. So the security for exclusively volunteer helpers could be increased.

About 60 sets of safety clothes had to be procured. This means a total of nearly 30,000 Euros. The DRK- would this sum completely have to spend even as public funds and grants are not available here.

The DRK thanks especially:

The DRK is one of the largest and oldest local associations in the field of Neckar / Heidelberg.

Notably, the emergency services in several operational formations disengage when major losses involved. Even in many smaller areas such as social care, the volunteers dressed in safety vest are active.